Blue Line Hockey Club About us

Blue Line Hockey Club Who are they anyway?

Founded in 2018 by Pat Sullivan, the Blue Line Hockey Club started out as a group of hockey fans sitting around our trucks during intermission and talking about the game we were watching. Each of us have our own unique sports history, and more importantly stories to go with it... We're all Canton Golden Bear hockey alums. Hope you enjoy our friendly banter and occasional discussions that could cover professional to college to amateur hockey! You never know what you're going to get with this group of guys!

Starting on the wing - The Captain, Pat Sullivan!

Today, Sully enjoys golfing, attending and watching all sport event types. A career ending ankle injury forced Sullivan to hang up the skates and share his passion of sports with others, especially his kids.

Starting on the wing - Derek Hetu! 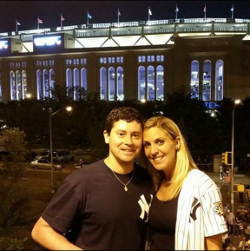 Derek Hetu was born in Fayetteville, NC. By the time Derek was 3 years old he had moved to the small northern NY town of Canton, NY where he was raised by his mother and grandmother. Derek was involved in many sports growing up including soccer, baseball, golf and hockey. He began playing Canton Minor Hockey by the age of 5. Like his fellow podcasters he became a member of the Canton Golden Bears high school hockey team playing for three years. Derek was a member of the 1997 NYS Division 1 high school championship team. Derek scored the game winning goal in the semi final game to get the Golden Bears to the championship where he again netted the game winner to bring home a state title. All this with a broken right wrist!!! (due to a cheap shot in practice earlier that season from Rob Peters! Thanks Pete!) This was Cantons first ever NYS Division 1 hockey title. He was named to the All Tournament Team. Both the 1997 and 1998 hockey teams were later enshrined in the Canton Golden Bear Hall of Fame and New York State High School Hall of Fame. Derek went on to play college hockey at SUNY Morrisville and finished off his college education at SUNY Potsdam. Derek also later returned to the Canton high school hockey team years down the road to volunteer as an assistant coach.

Today Derek resides in Canton with his wife Morgan, son Hudson and has a baby girl Bria! He is the CEO of an Independent Insurance Agency. He enjoys golfing and watching and attending all types of sporting events. He is a HUGE fan of the Kansas City Chiefs. 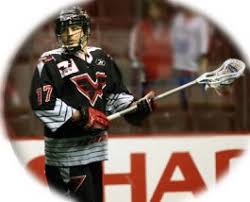 Marc Morley grew up in the small town of Canton NY. He started a career in sports at a young age as most did in the minor hockey program. Marc was a member of the Golden Bears high school hockey team for 5 years and won 3 State Titles. Earning the MVP of the NY State Tourney in 1998.

Marc was a standout Lacrosse athlete and went on to Play at the Division I Level at the University of Massachusetts. He was named All-American his senior year. He then was drafted in the NLL and MLL professional leagues where he played two seasons in the MLL with the Bridgeport Barrage and 6 seasons in the NLL with New Jersey Storm, Anaheim Storm, and the Philadelphia Wings. He also played for the 2007 USA indoor lacrosse team in Halifax. He is now a Restaurateur and lives in Massena NY with his wife Megan and 4 kids. 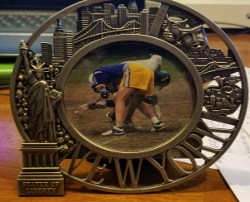 Born in Canton, NY. Played organized football, hockey, and lacrosse starting from the age of 10. Rob is a two time, back to back, NYS Public High School Hockey Champion earning a spot on the All-Tournament team. A team member of three Canton High School Hall of Fame teams, twice for hockey and one time for lacrosse helping to advance the lacrosse program to the NYS Public High School Lacrosse Championships for the first time in programs history where they suffered defeat in a close game.

Leaving Canton his senior year to attend Salisbury Private School in New Canaan, CT. Peters continued to play varsity football, hockey, and lacrosse in the New England Private School league for two more seasons where he would earn captain of his hockey team. Drawing interest in all three sports Rob chose to play lacrosse for Hofstra University. His claim to fame is scoring a goal against Syracuse in fall-ball left handed streaking down the middle! Played in two televised lacrosse games against Army & UVA.

Family health issues and personal struggles brought Rob back to Northern New York where he would play hockey and lacrosse for SUNY Potsdam. Peters played two years of hockey at Potsdam and three years of lacrosse. Peters earned second team ALL-SUNYAC for face-offs, second to the D3 National Champions (SUNY Cortland's) face off man. Head to head, I ate his lunch but he obviously had the better team ;-)!

Rob and his Wife Milagro have a son Owen and a Weimaranar Ava Marie. He is a Software Analyst for Brigham & Women's Hospital in Boston, MA. He is also the owner of NNY Information Services.